We cover the advantages and drawbacks of each material and compare them side by side.
By
John Watson

John Watson
Writer
John is an experienced cycling enthusiast and a great asset when it comes to writing skills. He's a Bachelor of Arts and a talented journalist. John is in charge of our blog and writes posts on a variety of cycling-related topics. 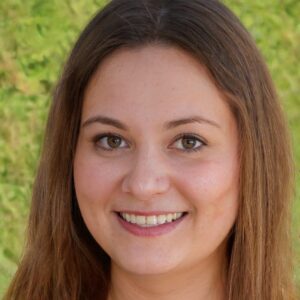 Jessica Kingston
Expert Consultant
Jessica is our expert consultant on all things connected to biking - gear, technique, you name it. Being a pro cyclist in the past, she knows exactly how things work in and around your bike. She's been with us from the start and has contributed countless pieces of useful information to our website.

Bike The Site is reader-supported. We may earn a commission through products purchased using links on this page. Learn more about our process here

Bicycles are one of the most used modes of transports around the world, the advent of bicycles started way back in the early 1900s before the introduction of cars and other more advanced methods of transportation.

Despite the advancement of technology and the introduction of way better forms of technology, bicycles are still used everywhere, and for more than just transportation. There are various types of bikes, and they can differ in terms of the material used in making them.

Mountain bikes are one of the best types of bikes, their sturdy build, multiple gears, and ribbed tires give them a toughness that is better than most other types. Choosing a mountain bike can be difficult, especially when they are of different materials. So we are going to compare different properties between carbon vs aluminum mtb.

We’ve shown you a quick preview of the carbon vs aluminum mountain bike frame, now we want to look more into the carbon bike frame. Many questions are going on about which material makes a better bike, there is no right answer to that question. Each bike frame has its advantages and disadvantages; this review will present these facts to you, and then you can decide for yourself which one suits your needs more.

Carbon bike frames are among the top choices, especially for professional bikes, a good example is the SAVADECK Carbon Mountain Bike. The carbon material used in making the frame gives the bike an edge in some areas, and demand for it keeps increasing, let’s look into it.

So far, we’ve looked at the different frames, their properties, and their advantages and disadvantages. Now, we want to compare them against each other.

Ride quality refers to how smooth of a ride you can enjoy on the bike. Comparing bikes with aluminum frames and carbon frames in terms of ride quality, it is safe to say that you can get a smoother ride on a bike with a carbon frame.

Carbon frame bikes have a nimble and comfortable structure that eases the pressure of the rider and distributes weight around.

Carbon vs aluminum mountain bike frame weight is one of the major topics of debate. Aluminum bikes weigh more than carbon frame bikes, now the question is which one is better? Using an aluminum bike will give you more stability especially if you’re riding downhill, the extra weight will give you more control over your bike as you pedal or coast down a hill. However, if you’re riding up a path or trail, the extra weight of the aluminum frame will be a burden, and the lightweight of the carbon frame will be just perfect.

For bikes with carbon frames, they offer a more damping effect than bikes with aluminum frames. If you’re riding on a rough path, you will feel less of it on a carbon frame bike.

Carbon bikes are considered being faster than aluminum ones when you go uphill, since the former are much lighter. However, there are some serious considerations to take into account. Just check the testing video below.

In terms of durability, we have to give it to the aluminum frame bike. Bikes made from aluminum have been observed to last way longer than the ones made with carbon. Carbon fiber is not as tough as aluminum frames, they are brittle and tend to break after some time.

Due to the improved nature of carbon frame bikes, and also the high cost of producing them, they have a higher price on the market than others.

In case you’re wondering, carbon and aluminum are not the only materials that are used in the production of mountain bicycles. Other materials are of good quality such as steel and titanium.

Steel is one of the earliest materials that was used in making bike frames, it is also one of the strongest materials. A bike made from steel is sure to last for a long time, and it is also easy to repair. You can get steel frames or components from most bike stores.

Titanium, on the other hand, is one of the most recent advancements in the world of bikes. This material is also strong and still surprisingly lightweight. Titanium bikes are the bikes of the future.

We’ve looked at and compared two different frames for mountain bikes. The best between the two is hard to say, but you can make your judgment off this review.

Having gone through this carbon vs aluminum mountain bike review, making your choice should be easier.